SANZ Events: If you want to be kept informed on events please use the Contact tab and send me your email and I will add you to the events email list

The Ride: Sat 25 Jan 8am or 9am from Bordeaux - Up Ngauranga Gorge, SH1 to the cemetery and back.

The Ride Master: The ride master will be one of the long standing SANZ riders and they can change the ride on the day depending on the weather conditions.

Ride Safety: Safety will be enforced by the long standing SANZ riders in each group.

SANZ every "First Friday" of the month pre dinner drinks from 5pm at Mac's Brewery on the water front.

A bit of heritage

The group was officially established in 1996 by six South African’s and one Kiwi. Since then two of the founding members left the group, but the rest remained to ride another day.

Saturday became the default ride day. This obviously proved quite popular as the group, by the end of 2006, had a member base of 80 and growing.

With this growing group it was decided that we needed our own identity, which meant a group name, a group logo and clothes. The name was not too difficult to work out and, for obvious reasons, the name we settled on was SANZ Wheelers i.e. South Africa New Zealand Wheelers. A member of the group is the expert in logo, clothing and web design and went about arranging these. As a result we have our own set of clothing, and this fantastic website that expert designed and host.

SANZ originals assembling in Featherston after a great ride over the Rimutakas to Greytown. The old fellas still going strong covering 70 plus klms and 700 metres. Lovely weekend away with partners and wives 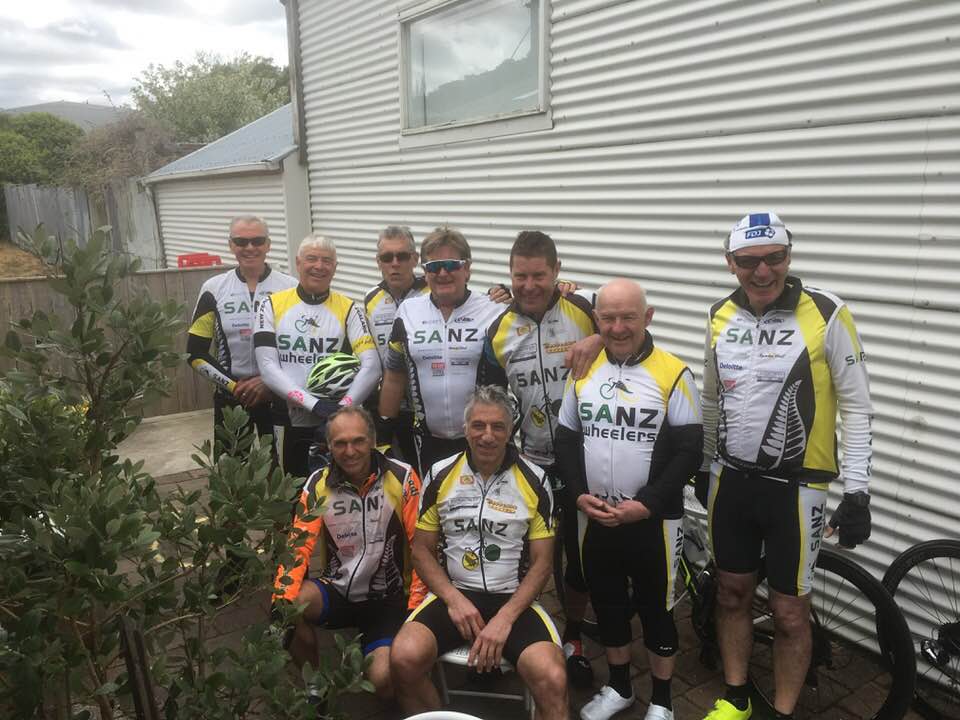